Fashion in 1986 ushered Romeo Gigli, the new name in Milan. Trained as an architect, he brought a simple, old-fashioned charm to sweaters and skirts. Also in Italy was Zack Carr, a former Calvin Klein assistant, who created spare, minimalist designs for Giorgio Armani and Valentino. The most promising new designer in the U.S. was 23-year-old Marc Jacobs who released fanciful designs that ran from battle jackets in printed satin to princess dresses with petticoats.[1]

New York sportswear designers were widely praised for the contemporary approach to fashion. They upgraded their clothes by using luxury fabrics such as cashmere and alpaca rather than by adding frills. The leading names in this category were Calvin Klein, Ralph Lauren, Donna Karen and Perry Ellis. Mink was the fur of choice in 1986. As women moved into better-paying professions, they were able to afford more high-end furs.[1] 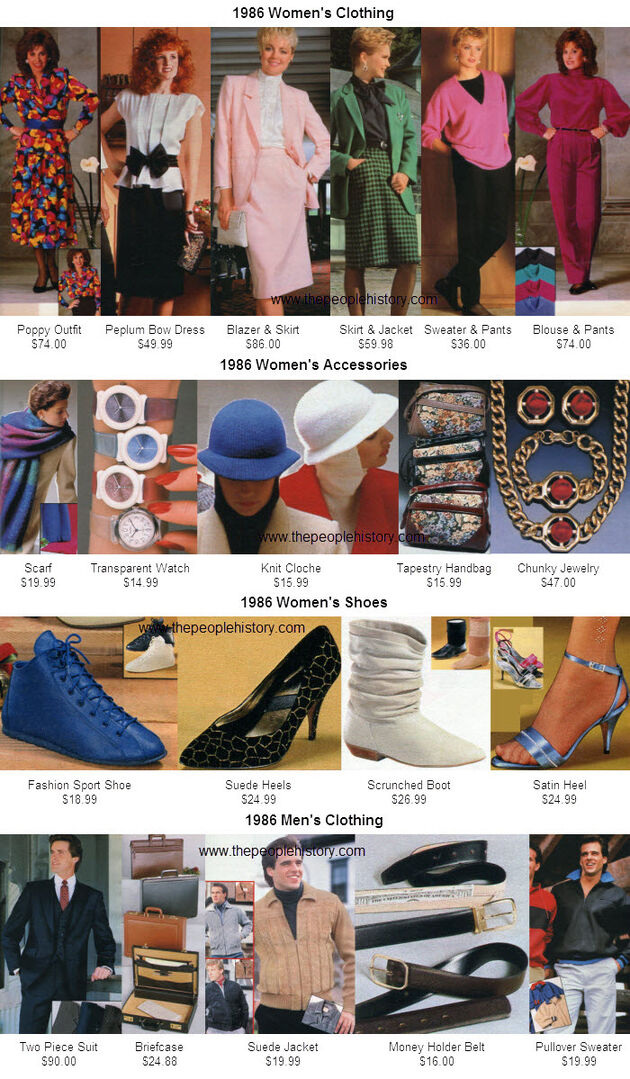